Are we there yet? Diversity, Inclusion and the Workplace 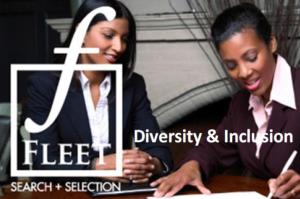 Tim Cook, Apple’s CEO came out as gay in a public essay for Bloomberg in October of 2014.  Here in the UK, Lord Davies’ review of Women on Boards is well in to its third year. Vince Cable is to announce a similar target for ethnic minority representation at Board Level.  More than a decade after the EU Commission launched their information campaign ‘For Diversity.  Against Discrimination’, the fact that diversity in the workplace is good for business is a hot topic.

In January 2013, the Department for Business and Innovation published their survey of academic literature on the Business Case for Equality and Diversity aiming to provide a comprehensive review of the economic evidence of its benefits.  As of 2012, over 5,500 businesses in 12 EU countries had voluntarily signed up to EU Diversity Charters.  Opportunity Now, the UK campaign to improve gender inequality in the workplace reported in their Benchmarking Trends Analysis report of 2010 – 2011 that 96% of employers had a Diversity and Inclusion champion at board level.  Business leaders interviewed for the EU’s 2014 Assessing Diversity:  Impact on Business reported that not only did a diverse and inclusive workplaces have a positive impact on company culture; it improved their business position in the market.  It would seem that business leaders and employers are committed to creating a workplace that reflects the diversity found in their customer base.

Despite the high profile announcements and the statistics, it takes very little effort to find a wealth of depressing stores about discrimination in the workplace today:  high levels of unemployment amongst the disabled and the young ; over a quarter of the LGBT community are not fully open about their sexuality at work; Boards of Directors that are predominantly white and male; high levels of name based discrimination against ethnic minorities in the recruitment process; and the rise of discrimination against pregnant women at work.  All these stories paint a very different picture about the day-to-day realities of diversity in the workplace.    Is it any wonder that nearly half of UK workers surveyed for Adecco Group’s ‘Unlocking Britain’s Potential’ campaign dismissed their employer’s diversity policies as little more than a PR stunt?

While there is still some way to go before the world of business reflects the diversity found across the globe, it is unfair to unilaterally dismiss all diversity policies as another example of spin doctoring.  The French bank BNP Paribas listed discrimination as one of its top 30 operational risks in 2006.  Tier one banks and Big4 firms routinely make the top employers lists for women and the LGBT community as well as gaining recognition in the Disability Standard and  Race For Opportunity awards.  Deutsche Bank launched ‘Born to be’ a youth engagement programme in 2013, aimed at tackling youth unemployment through early intervention.   All these initiatives do count for something, however small the changes they effect may seem.  The movements to ensure universal suffrage, the right to vote regardless of class, gender, ethnicity or ability, began over a century ago and there are still active movements across the globe today.  The road to a truly diverse and inclusive workplace may be just as long and we should celebrate its pioneers.